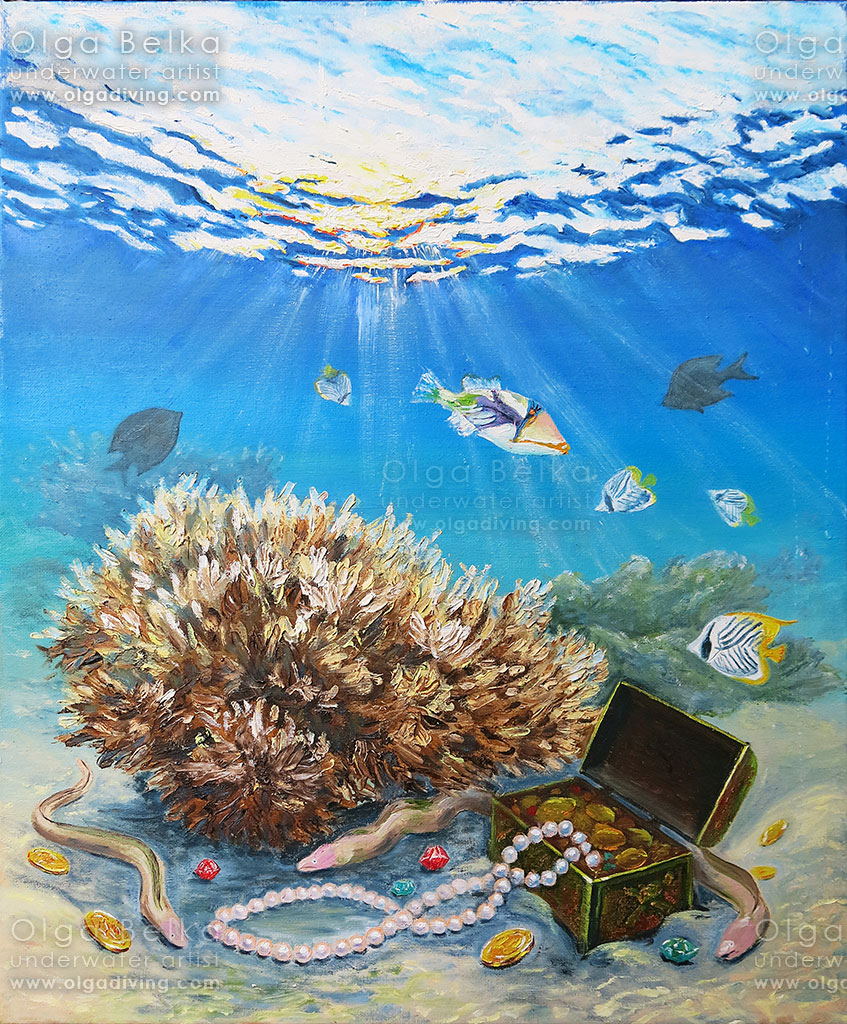 For three days the alarm clock started ringing before dawn in my Maldives villa. Everything had been prepared since last evening, and the equipment was hidden under the pier. The sun was just getting up, and I was already going into the water to catch the amazing moment of sunrise when looking from under the water.

During the day the light is distributed evenly, and this contrast disappears. The idea was to show exactly the reverse side of the water surface as no one usually sees it. The coral, the chest, and the fish were given a secondary role. Diving in early morning hours has its charms. The nightlife in the sea is still going on, and the daytime inhabitants are already waking up.

Moray eels are nocturnal predators. When bright shiny objects appeared next to their favorite coral, they immediately rushed to investigate them, shifting focus to me from time to time. They soon came to see the treasure chest as their property and even began to protect it.

Many fairy tales and legends tell stories about an ancient treasure, protected by the wise, but poisonous snakes. Perhaps, sea treasures should be protected by moray eels. Well, the moray eel is not poisonous, and it is not a snake, but an eel, that is a fish. However, as a ferocious guardian, it would be good enough.

It is not aggressive, but I would hardly go into direct conflict with it. Its bites are not fun. For me, this painting is not only about the dawn and a new life birth. This is also about the wealth that will fall only to the hands of the person who has successfully passed the trial, and for the time being, it is secured by its devoted guardians.