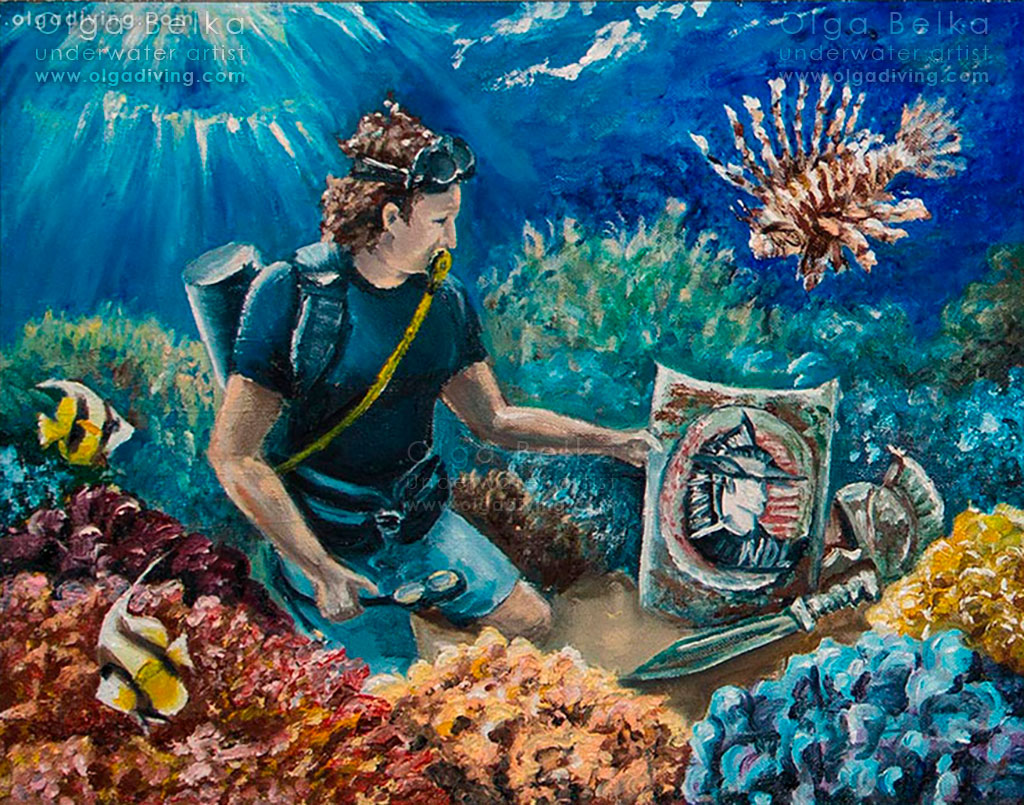 This painting depicts Alexander Belsky, one of the “founding fathers” of the National Dive League.

The subject of the painting was suggested by Belsky himself: he finds a Roman Legionnaire’s shield with the NDL logo underwater.

Divers could not help but notice the oddities in this painting. The NDL Course Director not only raises archaeological values but sits on the corals, with a mask on his forehead, the tank is turned over, the hoses are sticking out.

Alexander Belsky is a very charismatic and charming person. The NDL history of development is based on the tremendous energy of Belsky brothers. Such people can be the object of admiration or envy. One could only imagine which gossip is being spread by evil tongues about their professionalism.

So, Alex, with his sense of humor, suggested taking it to the point of absurdity.
Alexander himself posed for the painting in the pool, and the corals and fish were painted in his absence. It was a great pleasure to work with him.

P.S. Underwater artist Olga Belka thanks the RuDiver diving club in Phuket and invites to diving in Thailand.