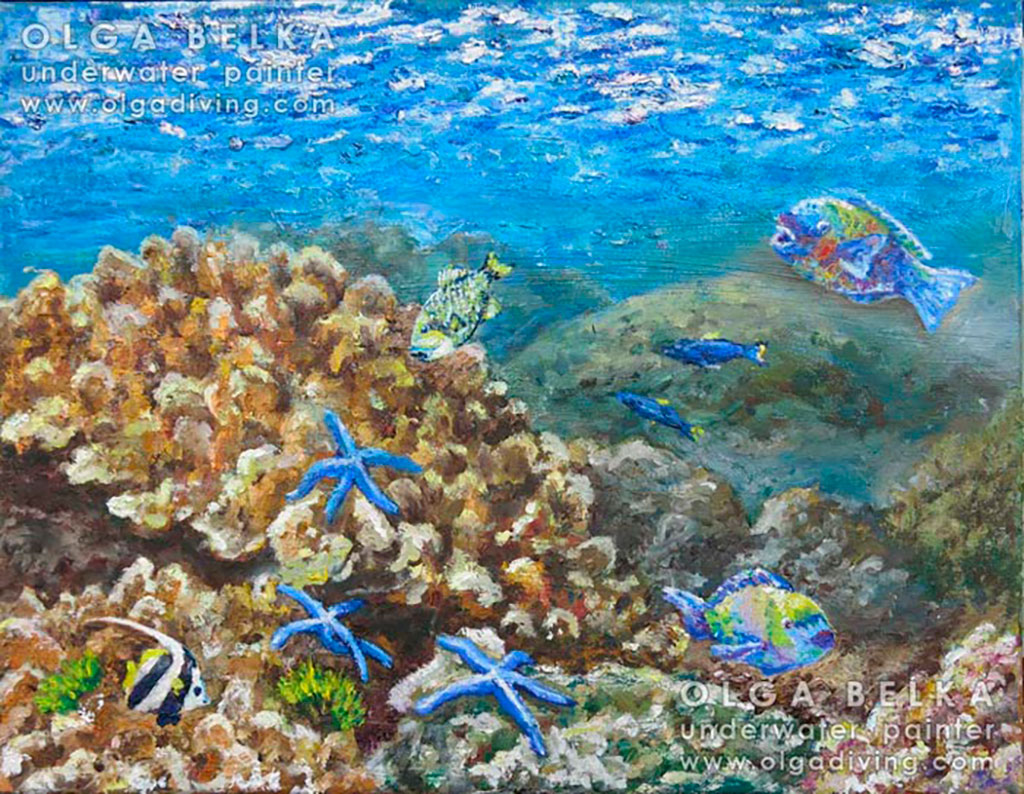 In scuba diving, I always admire how the water surface looks from under the water. The glare of the sun plays on its surface, and sunbeams, passing through the water column, run in the sand and coral. I decided to dedicate one of my paintings to this effect.

As usual, I wondered which of the marine inhabitants would pose for me this time. Each of my paintings is a mystical contact with the living world.

One of the difficulties of underwater painting is that it is impossible to persuade models to pose. Curious fish come and immediately leave as soon as they understand that the colors are not delicious. Are there any starfish left? No, no such luck… Do you know how fast a starfish can move? Look at the blue beauty, which initially is freely spreading out on the coral slope. At the end of the dive she is lying at the bottom of the coral, its legs crossed coquettishly. The same model has been posing for me several times.

During the last dive two iridescent fish, called parrots, helped me to complete the painting. They created the bright holiday feeling of the underwater festival.

P.S. Underwater artist Olga Belka thanks the RuDiver diving club in Phuket and invites to diving in Thailand.